If you’re familiar with Canadian Running, you’re probably (hopefully) aware of The Shakeout Podcast, hosted by our very own Kate Van Buskirk. We’ve selected some other podcasts that, like The Shakeout, will get runners everywhere excited to head out the door and get running.

The Ultra Rundown is hosted by Mark Pendergast, and he was inspired to start a podcast after following the Quarantine Backyard Ultra (QBU), a virtual ultramarathon that captured the attention of thousands of people across the world. The first episode dives into the QBU and looks at how it came to be and what happened in the race, but as the series moves forward, Pendergast plans to explore more of the ultra world as a whole. The Ultra Rundown will tell the story of “the world’s greatest ultra races and the personalities that push themselves to the limit trying to achieve the seemingly impossible.” This is a brand new podcast, so now is the perfect time to start listening so you can join Pendergast on his journey to learn all about the worlds of endurance athletes and ultrarunning.

The Physical Performance Show — Breaking down successes in sport

The Physical Performance Show is hosted by Brad Beer, a physiotherapist from Gold Coast, Australia. While this is not a running-specific podcast, Beer interviews many professional runners and other endurance athletes.

The show now has over 170 episodes, featuring guests from all over the world covering a large variety of topics. Beer’s goal for the podcast is to help inspire listeners to pursue their personal bests by showcasing how “the world’s top physical performers achieve their success, as well as the highs, the lows and the journey of getting there.”

Along with what Beer calls the “featured performer” episodes, he interviews a number of professional experts, including sports psychologists, coaches, physiotherapists and more.

RELATED: 12 trail running podcasts for your next run

Whether an episode features an athlete or an expert guest, each instalment of The Physical Performance Show has something that runners can use in training or for inspiration.

Tina Muir is a 2:36 marathoner from Great Britain. Her show, The Running For Real Podcast, deals with the darker, less glamorous side of professional sport. Life is not always sunshine and roses, even for the world’s best athletes. Muir endeavours to make this clear in her podcast, which opens up with a quote that describes this perfectly: “The podcast for runners who know that for every runner’s high, there are just as many lows.”

Muir interviews many different types of guests, including athletes, authors, physiologists and nutritionists. She wants to help listeners realize that they are not alone in their personal struggles–that other people have overcome similar obstacles and that they, too, can get past them. As stated in the show, “Running For Real is about being honest, being brave and most of all, not feeling alone.”

With the variety of guests that Muir interviews, listeners will be entertained and inspired with every new episode. Running For Real is a great listen for runners and non-runners alike. 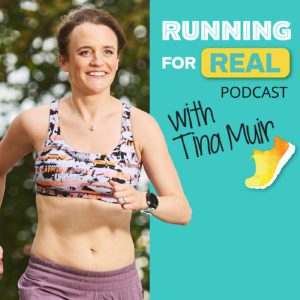 The Run The Day Podcast — Learning from an Olympian

A two-time Olympian in the 800m, Nick Symmonds knows a thing or two about running. The Run The Day Podcast, however, is not only focused on running. While Symmonds does interview several runners on the show, he speaks with many athletes-turned-entrepreneurs, CEOs and authors, among other guests.

Even though runners are not featured on every episode, Symmonds talks about his own life in the sport, and his guests’ stories will interest listeners and inspire them to chase their goals. 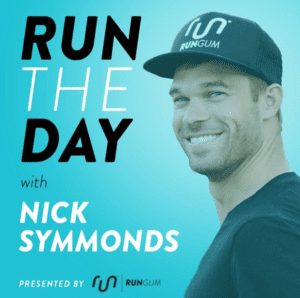 While Michael Gervais’ podcast, Finding Mastery, is not specific to running, it features weekly interviews that will inspire runners everywhere to get outside and get active. Gervais is a high-performance psychologist and he has worked with professional and Olympic teams, artists and musicians, and Fortune 100 CEOs.

Based out of Seattle, Wash., Gervais has spent much of his career looking to answer one question: “Is there a common thread connecting how the greatest performers in the world use their minds to pursue the boundaries of human potential?”

In the podcast, Gervais interviews NCAA, NFL and NBA coaches, Olympians, CEOs, and anyone else who can get him closer to finding the keys to the pursuit of human potential. Finding Mastery will motivate anyone who listens to it to work towards towards the boundaries of their own potential with a new or renewed belief that it is possible to reach and achieve their goals. 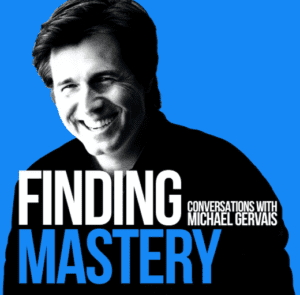 As you can probably guess, The Rich Roll Podcast is hosted by none other than Rich Roll. In the 1980s, Roll attended Stanford University in California, where he competed on the school’s swim team. Despite being an elite athlete, Roll was not the epitome of health, suffering from drug and alcohol addictions which forced him to cut his swimming career short.

Several years and many lifestyle changes later, Roll ventured into the world of endurance racing, competing in ultra-distance triathlons, and he has since been dubbed one of the “25 Fittest Men in the World” by Men’s Fitness Magazine. Now, when he isn’t swimming, biking, running or spending time with his family, he is working on his podcast, which is designed to “provoke, educate, inspire and empower you to discover, uncover, unlock and unleash your best, most authentic self.”

Rich’s own story paired with the stories of his guests will undoubtedly get runners out the door and pumped up for their next training session and race. 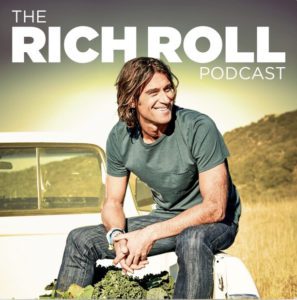 The Ali on the Run Show is hosted by Ali Feller. A journalist and avid runner, Feller started her podcast so she could speak to “everyday runners, professional athletes, entrepreneurs, and industry leaders” who interest and inspire her (and hopefully will inspire you, too). Feller dives into the lives of her guests, looking at their successes and failures so she and her listeners can learn from them when making their own decisions, in both running and life in general, in the future.

Taking The Ali on the Run Show along with you in your earbuds for a run will keep you motivated to keep pushing while you hear about the struggles and achievements from some of the world’s best runners. Plus, Feller is a fun and relatable person–she knows what the everyday runner goes through and how difficult it can be balancing work and workouts. So lace up your shoes, download an episode and head out with Ali for a run. 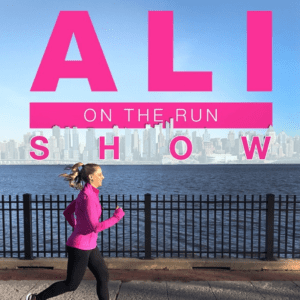 Kelly Roberts, the creator and host of the podcast Run, Selfie, Repeat, has one question for listeners: “Looking for a badass lady gang to motivate you, inspire you, laugh with you, cry with you, hear you, see you, support you, rage with you, survive alongside you, and kick ass and take names with you? You’re in the right place.”

Roberts started She Can & She Did, a community dedicated to “connecting women and redefining what strength looks like.” As a part of this project, she started her podcast. Her show is all about empowering women to do what they love and to be confident in themselves in their personal journeys.

Run, Selfie, Repeat even has a free running program, Become A Runner In 8 Weeks. This program features guided runs for listeners. But don’t worry, it’s not just some boring podcast with Roberts barking orders at you. She keeps it calm and chill, all while leading a workout for her audience.

If you want to read about more podcasts, check out a previous story on podcasts from late 2018.